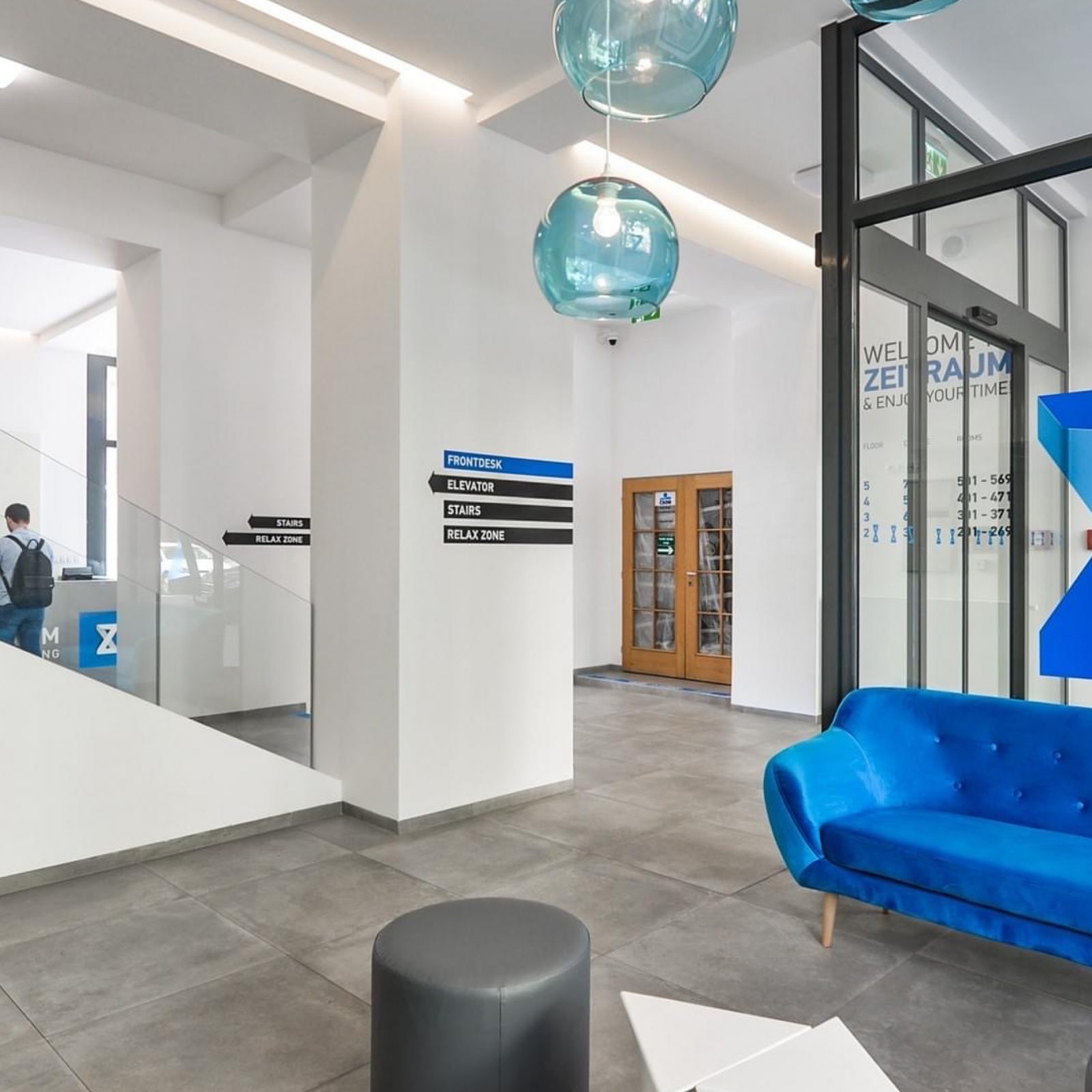 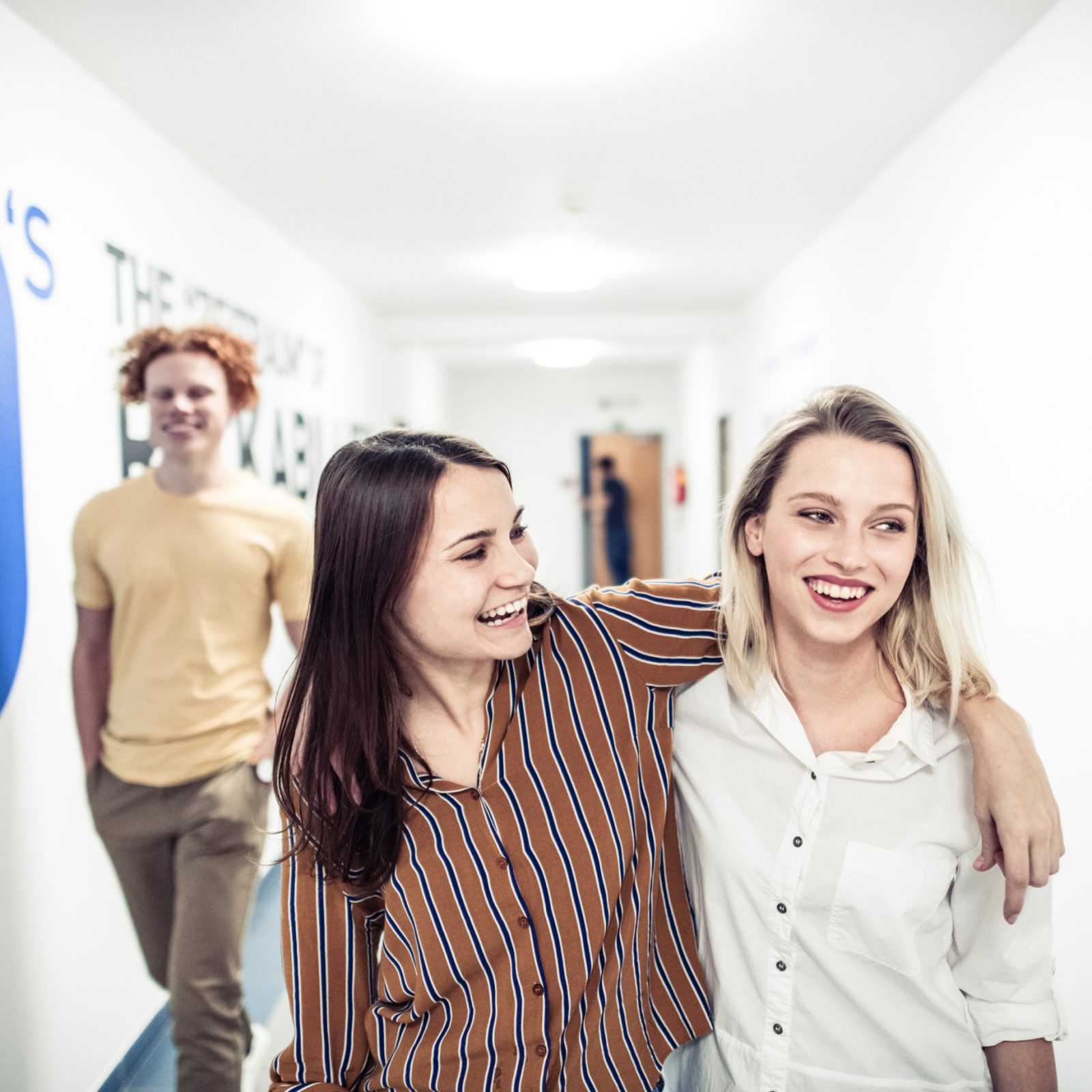 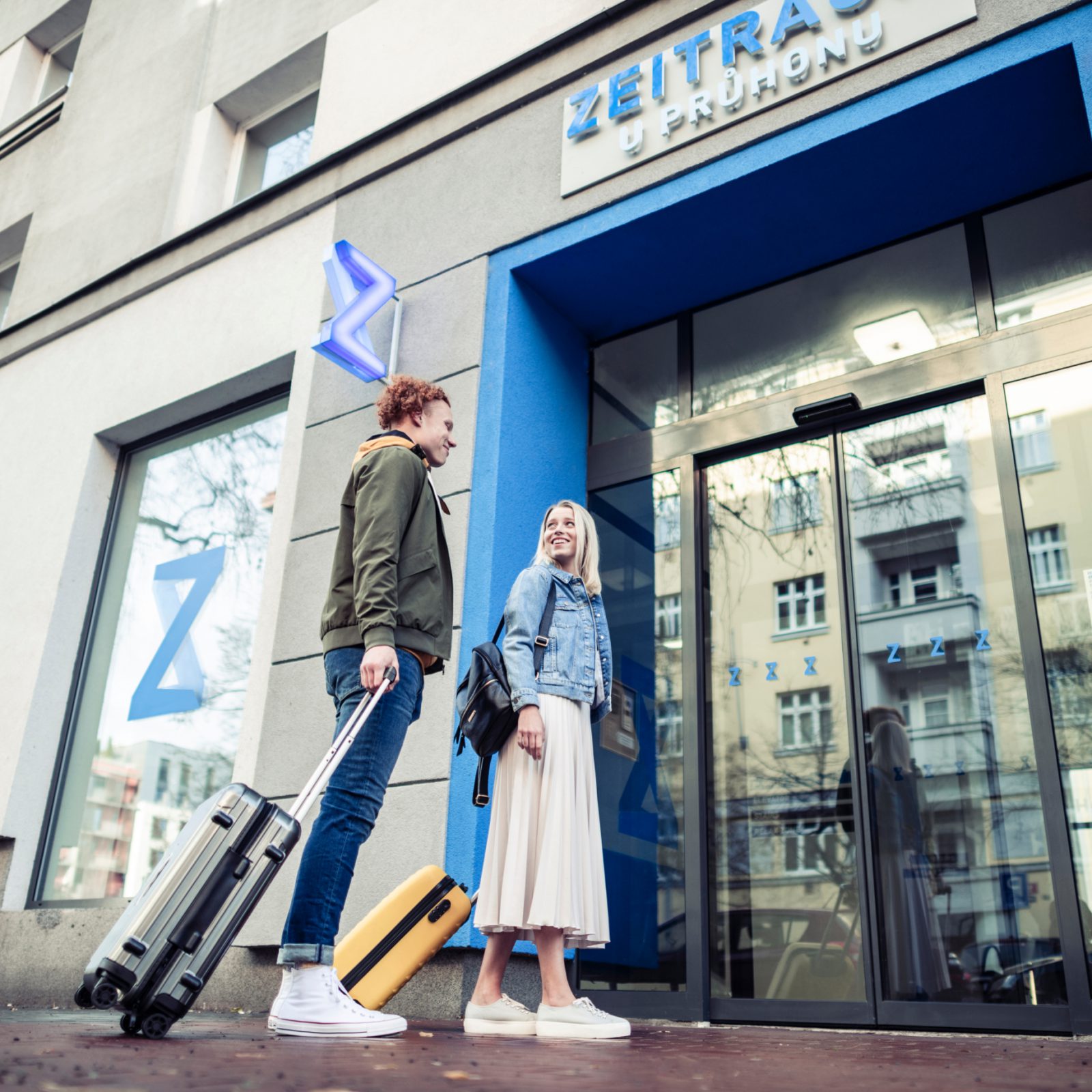 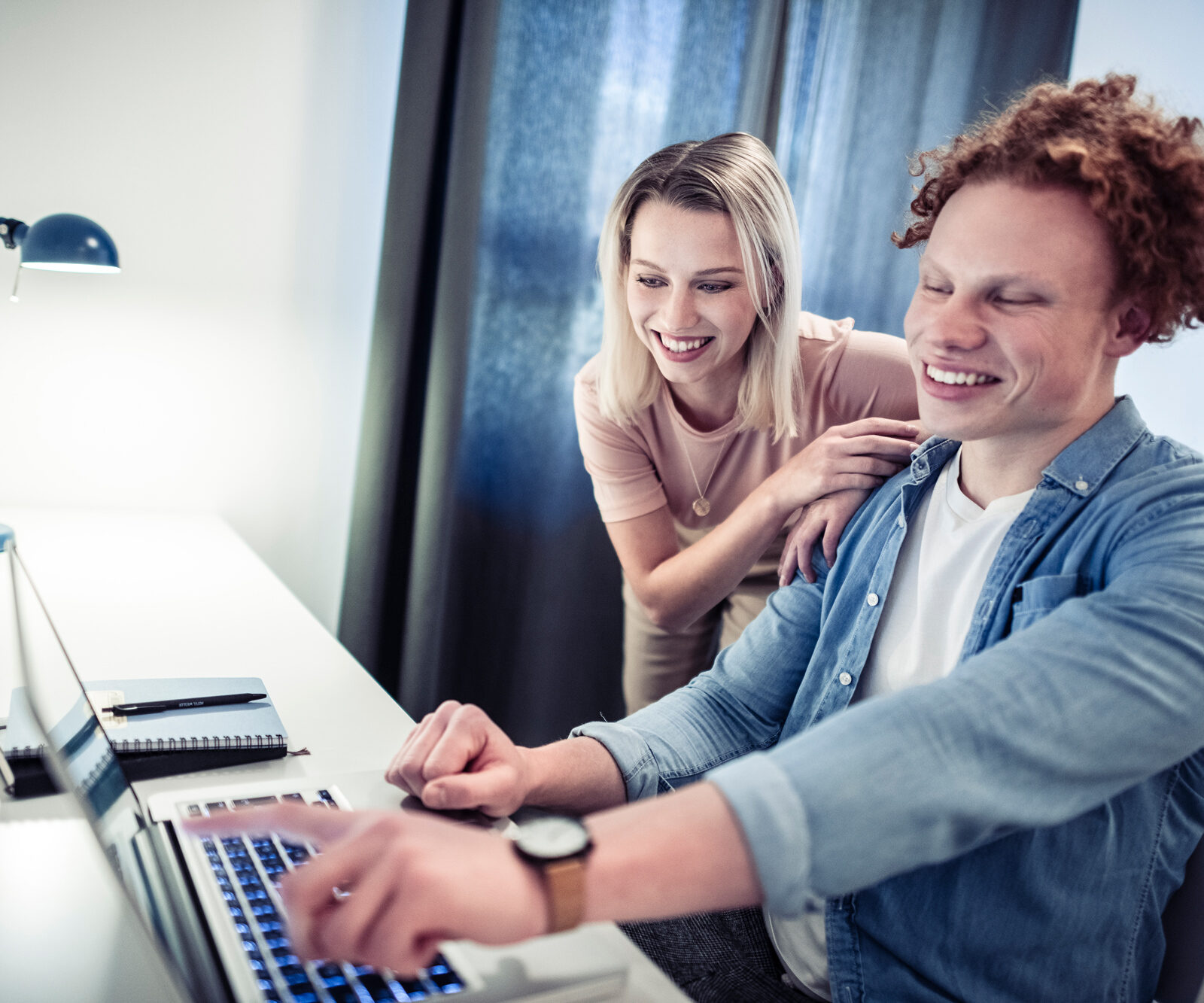 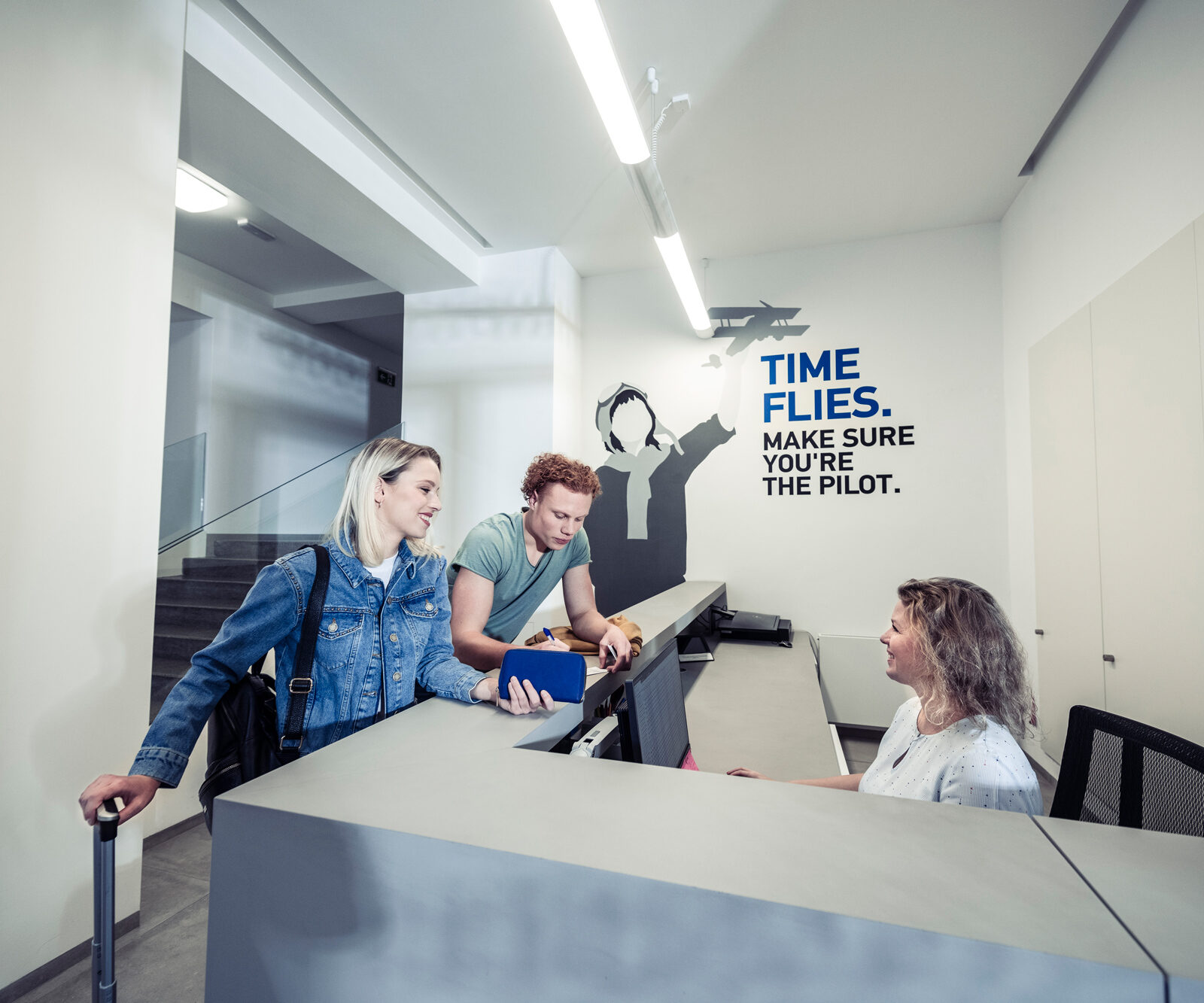 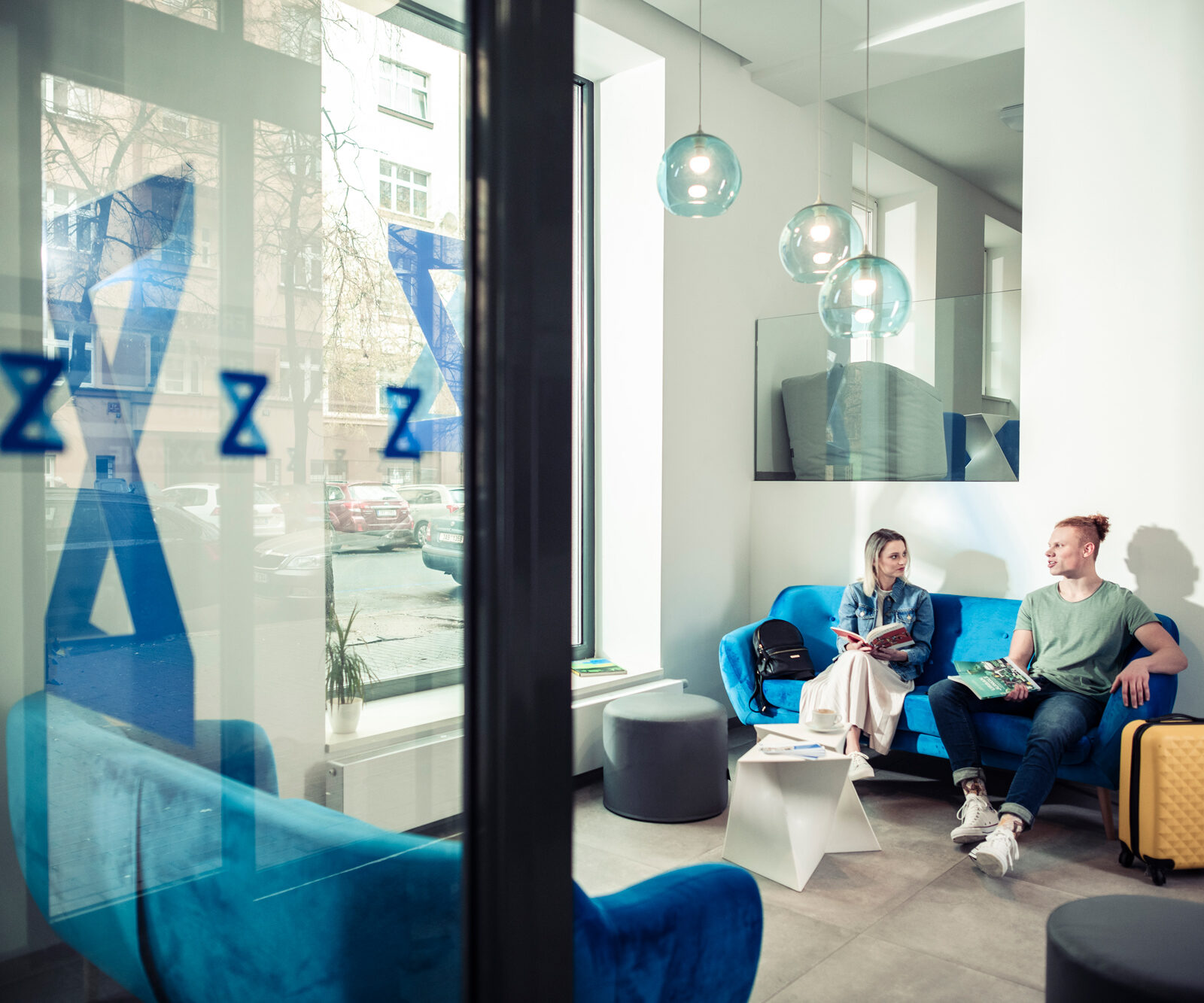 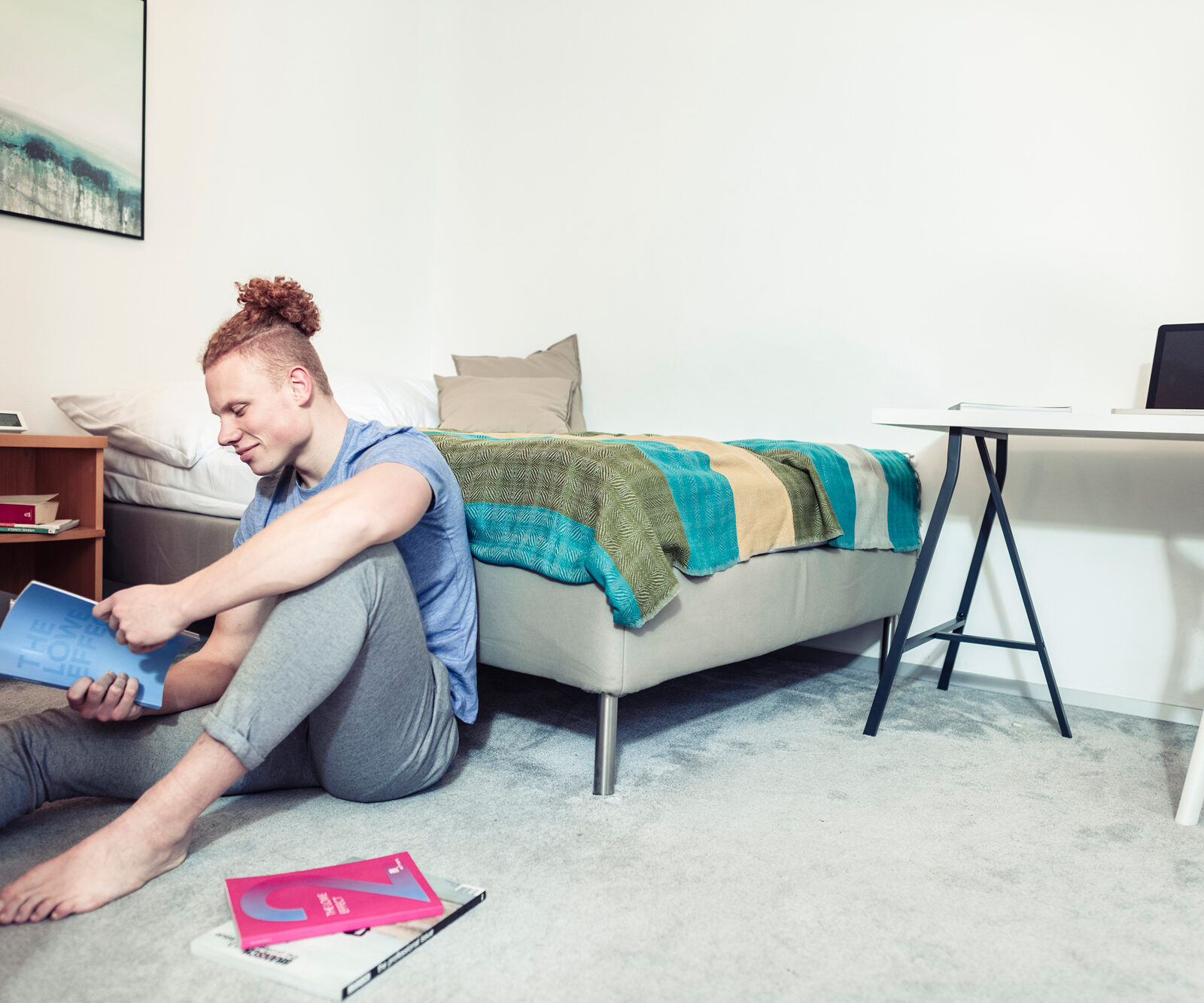 Regulations in force at the Zeitraum Student Housing in Krakow
(hereinafter referred to as: “Regulations”)

Expressions used in the content of these Regulations have the following meanings:

3) Lease Agreement – tenancy agreement binding the Resident or his parent or legal guardian with ZEITRAUM, governed by the content of the contract and the General Terms and Conditions of the Lease, as well as the content of these Regulations

3) Resident – a person actually entitled to use the Apartment under a lease agreement concluded with ZEITRAUM by the Residents or by his parent or legal guardian,

4) Apartment – a specific room (or rooms) dedicated for use by a specific Resident, or, in the case of Multiple Apartments, several Residents.

GENERAL RULES OF BEHAVIOR IN THE DORMITORY

Residents and people staying at the Dormitory are obliged to:

1) adhere to the generally accepted principles of social coexistence, including avoiding harmful and burdensome behaviors for other residents of the Dormitory and other people residing there. The cost of security interventions (PLN 150) will be charged to persons who have led to an emergency situation,

3) In particular, it is prohibited to:
a) interfere in elements of the fire protection system (especially covering fire detectors and unjustified use of fire extinguishers) – imposed penalty PLN 250,
b) use fire-fighting equipment for purposes not related to fire protection,
c) block fire doors,
d) use in rooms: electric cookers and heaters, as well as other devices that draw electricity of a higher
power than those normally used in living rooms without the possibility of cooking.
i) Private electronics equipment should be registered and paid in accordance with applicable
regulations to the account, cost and risk of the user of the device,
e) manipulate at electrical switchboards and any cabinets, boards and access doors of electrical, gas,
water and sewage, telephone, computer and antenna installations,
f) perform unjustified activation of smoke detectors will result in burdening the perpetrator with the
cost of arrival of 3 fire brigade units (fine: PLN 2 000)

4) familiarize with the content of rules of behavior in the event of threats, including fires, and compliance with
them is mandatory, which the Resident is obliged to certify in writing before entering the Dormitory,

5) behave properly and appropriately in the area of the Dormitory enabling learning and rest for other residents and unhampered stay for other persons staying at the Dormitory in a manner consistent with these Regulations,

6) take care of the Dormitory’s property and prevent its improper use,

10) before checking out, bring the room to its condition from the time of beginning of accommodation
(returning the room in a condition that cannot be accepted – additional cleaning fee: PLN 250),

11) economical use of water and electricity,

12) not throw any objects out of the windows, not pour water or other liquids through windows,

13) immediatelynotifytheDormitoryadministrationofnoticeddefectsanddamage-it is forbidden to make
repairs on your own. The Resident is responsible for damages caused by an unreported defect/malfunction.
After moving into the Dormitory, the Resident has 2 weeks to report any defects. After this time, the
Resident is responsible one and pays for them.

14) receive guests bearing full responsibility for them. For damage to property, the guest is liable on general terms.

RULES FOR GUESTS IN THE DORMITORY

Reception of Guests in the Dormitory is allowed only on terms set out in these Regulations:

2) Guest’s accommodation:
a) An occasional overnight stay of the Guest in a Resident’s room is possible only on the basis of a written consent of all other Apartment Residents and the segment in which the given Apartment is located, as well as the Receptionist’s consent.
b) Consent given by other residents should be submitted to the Reception Desk no later than before 4:00p.m. on the day of planned accommodation (the absence of cohabitants does not exclude the obligation to obtain consent for an overnight stay).
c) In the case of stating, after regular hours of visits, the stay of a Guest who does not have permission for accommodation, the Guest of such a Resident as well as the Resident (as solidary debtors) may be charged a special fee in the amount of a double rate for a stay with accommodation.
d) Occasional overnight stay of a Guest is understood as overnight stay in the Resident’s room up to two times a month, with the exception of single-person apartments, where the guest is allowed to stay overnight 5 times a month. For each subsequent night, as well as for an overnight stay not reported as described above, the Guest is required to pay a fee equal to the double daily rate, determined on the basis of the monthly price for a place in a given room (assuming that the daily rate is 1/30 of the monthly rate for a place in a given room). Payment of the above fee is borne by joint responsibility of the Resident with whom the Guest is staying. For paid stay of the Guest, rules of entry and stay at the Dormitory are applied as for occasional overnight stay of the Guest.
e) In the event of a longer (> 5 days) unlawful overnight stay in the Dormitory, the Resident may be charged a fine of PLN 400 for gross violation of the Dormitory regulations.
f) The Resident is obliged to familiarize the Guest with rules of arrival at the Dormitory. The Guest is responsible on general terms for damages to property of the Dormitory and damage to property and/or person of Residents and other persons staying on the premises of the Dormitory. If it is not possible to held the Guest liable, the Resident will be held responsible.

RESPONSIBILITY FOR PROPERTY BROUGHT ALONG

1) Dormitory responsibility:
a) The Zeitraum dormitory does not bear material responsibility for private property and other property of
the Residents or Guests located at the Dormitory, including the premises where the Dormitory is located, unless destruction, damage or loss of property or other property was caused by the work of Zeitraum employees or persons performing work or providing services for it on a basis other than a relationship of employment.
b) The dormitory is not responsible for intrusion into the apartments of third parties, especially in the case of non-closing of rooms and apartments by Residents.
c) The Dormitory does not provide guarded parking spaces.

2) Use and exchange of bed linen
a) Bed linen will be changed twice a month on days assigned by the Dormitory. The Resident is responsible for delivering dirty linen to the reception.
b) At the end of the stay, the Resident is obliged to return undamaged bedding. There will be fines for damaged or lost linen.

4) On Dormitory premises, it is forbidden to:
a) provide space in a room to another person, with the exception of the Guest’s stay in accordance with the
rules set out in these Regulations
b) Trade:
i) sell cigarettes and alcohol,
ii) grant, place on the market narcotic drugs, psychotropic substances, new psychoactive substances,
iii) conduct business, commercial, production, entertainment or gastronomic activities,
c) Organize parties:
i) organize events at the Dormitory with the exception of events reported to the administration for
which the administration has agreed. Penalty for organizing the event unlawfully – PLN 500,
ii) consume alcohol in common areas, except for events organized by the administration of the Dormitory .Consuming alcohol is understood as: bringing, holding, pouring into dishes and drinking
alcohol in the common areas. Penalty for consuming alcohol in common areas PLN 100,
iii) arrange and participate in gambling games. Any organized gambling will be reported to the police.
d) Make changes in room structure:
i) destroy walls, doors, equipment in segments, rooms and general public spaces,
ii) exchange locks in the door of the room and make copies of keys without the permission of Zeitraum,
iii) independently repair and modify devices or installations at the Dormitory,
iv) disturb the structure of the Dormitory premises by hammering in or screwing in various elements.
If the wall structure is breached, the responsible Resident will be required to pay the repair costs,
e) Litter:
i) put out garbage in corridors, stairwells or put it general purpose rooms (e.g., kitchens)- fine 50 PLN
ii) The resident is obliged to throw rubbish into designated containers, in accordance with the rules of waste segregation. Failure to comply with this rule will result in a penalty under the MPO guidelines
iii) Throw garbage and objects into sanitary, sewage, ventilation and technical equipment that may
cause their malfunction, damage or fire of the device.
f) Other prohibitions:
i) a categorical ban on smoking cigarettes, e-cigarettes, Iqos, tobacco in all kinds of utensils in the dormitory, including balconies. Breaking this ban may result in a fine of PLN 400, and in the event of activating smoke detectors – calling 3 fire brigades (fine: PLN 2 000). For smoking in the room, a fine of PLN 1 000 will be imposed to cover the total cost of refreshing the apartment from the smell and sediment caused by smoking.
ii) bring in and hold animals,
iii) possess a firearm or pneumatic weapon,
iv) place ads outside places intended for that purpose,
i) bring and store items that may pose danger to life, health and property or cause inconvenience to other residents or other people staying at the Dormitory,
ii) practice prostitution, as well as record pornographic or obscene content,
iii) store substances in any way dangerous: toxic, flammable, soiling, etc.,
iv) throw out items, including groceries, through the room window and balcony.
v) handing over entrance cards to the Dormitory to third parties in order to enter the building.
Handing the card over to an unauthorized person results in a penalty of PLN 100.

5) On the premises of the Dormitory it is ordered to:
a) Due to the epidemiological situation, the government order to wear masks in public places. These include
the common parts of the Dormitory. Failure to comply with this order may result in the imposition of a penalty on general principles.
b) Identify oneself when an employee of the Dormitory ask